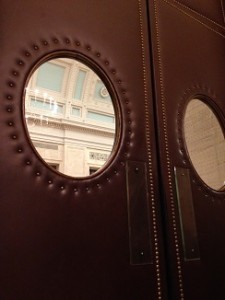 I love this photo.  It is two, very large, double swinging doors, leading into a giant room adorned in awe inspiring 18th century décor.  It made me feel like Alice in Wonderland, pondering what else I might possibly see if I gaze through this little porthole, or better, open this door to whatever adventure awaits…..Curiosity at work!

If ever there were a good time to be Curious about anyone, it would be this week.  However,  I cannot tell ALL the reasons why, until at least the end of this topic….maybe to help increase YOUR curiosity, but also because some things cannot be completely explored within a span of one week.

This is Week 18 of Finding 52 and the second week of Curiosity, which means it is all about looking at the people closest to me and figuring out how to best be curious about their words and actions.  I guess I can add a third element, of being curious about their thoughts, as long as I am careful not to assume I can understand what they think without asking, a concept hubby likes to often remind me, is necessary.

But before I get right into it, let me share this hot news!  I just returned from Boston, visiting that lovely son that will be graduating from University in a few months. I decided to go earlier for a quick visit and get to know him better before I see him in a cap and gown.  It has been unbelievable! 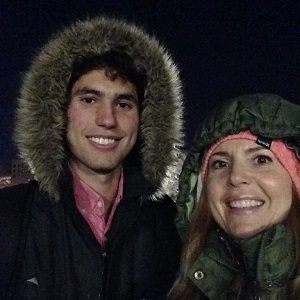 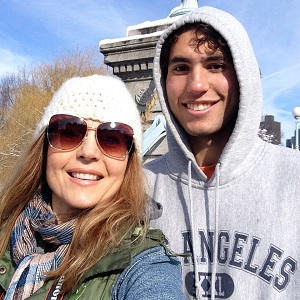 Not only is he an interesting, grown man, but he is also the same, quirky kid I knew at 13 when we last lived together in a ‘family’ setting.  It would be inadequate to describe our last ‘living under the same roof’ arrangement as unhealthy, so without jumping completely away from my focus for the week, let me just allude to some things that contribited to the growth of twisted, gnarly bits in our relationship.

He was not much different as a baby.  He did not want to be held tightly, but wanted to be next to me, wherever I was.  Close enough to touch, but not necessarily touching.  For the first year, his father would make cameo parenting appearances to tell me I was not holding him right, not feeding him right, not speaking to him right, not mothering right….it is no wonder our relationship has struggled.  There are layers, built upon layers, of mistrust and manipulation laid down in the foundation between us. He likely does not technically remember this as part of our historic reality, but my guess is, he can remember it emotionally.

This is an unexplained kind of feeling….a ghostlike thought that whispers from your memory.  If you could recognize it, you may not understand why it is there.  Like instinct or an inner voice that seeps from a backdoor of your conscience, it alters your ability to balance truth and reality.

I was angry for years, over this kind of poisonous sentiment prevailing through our infrequent, brief mother/son conversation after separating from his father.  My son seemed stuck in this place of unexplained feelings, fueled by lies that discouraged any positive interactions, and demanded a full report and review be submitted upon returning from any encounters with me.  In those years, it was difficult to see anything but that present hurt and heart break of separation between the boy I raised, and the tortured teen in front of me.

I knew he believed with all his might, he was doing and saying the ‘right’ things to his unrecognizable mother, who appeared to be shattering his and his siblings lives, with a wanton disregard for the values he was taught to respect.  My task during this troubling time, was to remain open to him as a person, by setting firm boundaries within a new set of values I was creating.  I failed many times, because what I really wanted to do instead of remain steadfast in my boundaries, was defend myself with obvious justifications of why I had to divorce his father.

Curiosity might have helped me during this time.  I think it could have helped me listen to him more, ask more questions about what he thought, making it safer for him to explain his doubts and anger.  Even if we still ultimately ended up on opposing sides of this forced family feud, I feel our relationship may have taken less time to repair. 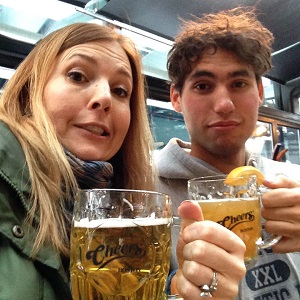 I looked at my son this week, hoping for our hardest days to be behind us, trying my best to stay on the side of curiosity. I realized the top 5 things that were keeping me from being Curious about him:

#5….I am accustomed to being the most interesting person in a room, the one with stories, someone with a dynamic past, so naturally people would want to hear my perspective, my views, my sage thoughts, am I right??

No AJ, get right over yourself and make him the most interesting person in our conversation, and he did not disappoint. I had no idea he secretly desired to become a cowboy version of James Bond! Way cooler than his wacky Ma’s tired tales of glory.

#4….Assumptions are deadly to curiosity. Especially the uninformed kind. Just because I know a lot and have been alive longer than him, does not make me an expert of him. He is different now than 9 years ago, he will be different again in May at graduation. Curiosity does not stop to assume, it just keeps going and growing alongside the people we are curious about.

#3….I have no patience! Right back to Week 1!  I want to know that I know, whatever there is to know about you, and I want to know it now! Waiting to hear what is really true for you, takes so much time. I would rather find a shortcut, jump to a quick end, and be done, moving on to something else….like what I think….rather than take time to truly understand your why. Knowing your what, is quicker and I still can pat myself on the back for getting to know you.

Curiosity cannot be rushed. It needs time for some s’plainin‘ to happen. 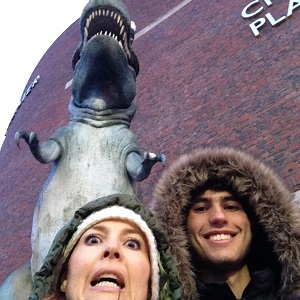 What if you say something strange that makes me uncomfortable?

What if I see how boring I really am in comparison to you??

What if you are not curious back with me and it hurts my feelings???

I can only assume this fear is a leftover form of some teenage angst, not terribly attractive or interesting for an adult gal such as me.

And the #1 thing that stops me from Being Curious with You is….I want to be known!

I want to be understood, to talk until someone truly gets me, to be central in a quest to find what really makes me tick. You cannot know me unless I tell you all about me and I am desperate for that to happen!

So curiosity taught me about hogging the spotlight, assuming I know stuff, being impatient, fearing being hurt, and selfishness.

As a grown woman, with some of my children already adults, it might be time to ditch these immature tendencies, and find some new motivators, a new perspective on why to ask why, a new reason to step out of the spotlight to see who else around me shines.

I am happy to report, my son shines!  Curiosity showed me how much.

Mum would have taken the time to know this Grandson, and found as many fascinating details as possible.

It is a weightless feeling, to discover something amazing about another person’s life.

Be weightless, float above fear, find your curiosity. 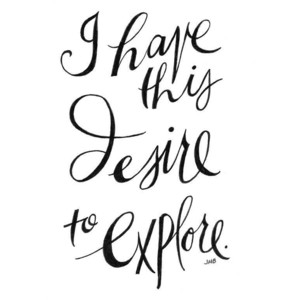 8 replies to “Curiosity With YOU”