Grace Gets Out of the Way

Would you use such words to describe yourself out loud?  Would others use these terms to describe you?  Would you whisper them to your inside ear, as an impromptu pep talk bolstering your confidence, or just as a reminder of the stuff you are made of…raw power….pure love.

OR….am I alone in this kind of fantastical self speech, whether it be voiced or silent; a generic mold breaker from a generation that raised me to be humble, grounded, not to boast, and admonished for any pursuit varying from a safe, tested path for my life.   This was Mum’s generation….an era I appreciate for giving me its best, but frankly, I want more than a safe, tested path….more than to accomplish only what is expected, more credit for adventuring beyond traditional cultural and religious boundaries that withhold the very thing that every culture, religion and race is in the greatest need of….love, tolerance, acceptance, and Grace.

When it gets added into a stream of words like that, Grace is a pretty little butterfly, floating in mid-air, seeming like it might be possible to capture it in simple terms, explain it with simple efforts….but it is not so.  No, No.  Finding Graciousness is proving to be a big, nasty job, one that has exhausted my drive, depleted my natural resources, and almost has me raising up a flag of defeat.

So much for the powerful self talk that started this post!

Why the topic of Graciousness has me planted firmly on a gritty edge, is truly surprising.  I am writing about Week 24, exploring Graciousness with THEM, and will have to pull out some funky looking punches.  Not because I intend too harm anyone, but in an attempt to finally escape the corner Grace has been pushing me into for 3 weeks.  It has been a knock me down, drag me out, put me back on my feet again before the bell rings, kind of corner.

I think an old saying is an adequate way to frame up my current condition.

My mum adhered to this philosophy.  I witnessed her tough it out, time and again, personal heartbreaks, parenting challenges, marital discord, and did not hear her complain, did not feel her misplaced wrath, nor did I recognize her processing any issues.  It seems as though she took stock of her dealt hand, squarely faced into whatever force was upon her, and kept plugging away until troubles had past.

Rare, were moments she physically appeared overcome or distraught with emotions.  Even more rare, were times she admitted to feeling hurt or having scars.  I guess this is the grit, the guts, the ‘tough’ stuff that gets going when an easy button is not available.  She would have appreciated this more modern saying, in keeping with her half British heritage, and may have even posted it somewhere in her well-earned administrative office. 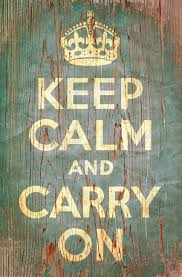 I admired her position as a leader in our little community, liked sitting in her office listening to her talk to citizens while I waited for her to drive us home.  Entertainment came easily with an electric photocopier to keep me busy, which was far more exciting to use, than a crank handle version stationed in the High School where Dad taught.  She earned a Bachelor of Science degree, worked two professional careers in a span of twenty years, while raising a family in a farm setting complete with animals to look after, a garden to tend and traditional gender tasks to perform.  Her mother also had a professional career as a teacher, meaning I come from a line of ladies who were busting through glass ceilings, all the while giving a message to their daughters to accept the norms.  This puzzles me greatly, and I hope to have some idea as to why before the week is over.

For my icon this week, I will be reminded of her trailblazing character by wearing a jacket she once referred to as her “power jacket”.  Not only did she describe it as a powerful fit, but it also came in one of her power colors. An example of how seriously she took her career and made every attempt to set an appropriate stage to accomplish her goals…..thinking, dressing, and acting the part of an inspired individual and leader.

Mum worked hard, long hours for a salary, without a financial bonus of overtime.  She chauffeured us kids, volunteered in the community and brought in a regular paycheck to support musical and sporting activities for my brother and me. Mum never got a manicure or pedicure pampering experience, did not complain, and did appear to be constantly looking for an exit from her life.

I have thought myself deprived when I do not attain a certain quota of weekly ‘personal’ pampering.  I express feelings of being overwhelmed with career and parenting duties.  I have sought out escape from my family like a desperately starved woman….hair on fire….running away to distant destinations….abusing substances….in an attempt to find a way to fill mysterious holes in my jam packed life….all very unsuccessfully. 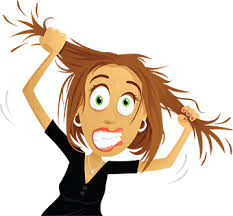 No cartoons were harmed in the making of this blog.

The fact that I would not dream of doing more than my forty hours of work in a week without getting paid double time, is also a clear indicator of how things are different from Mum’s era.  Now….I am not arguing that fair working platforms are akin to being entitled or spoiled.  What I am noticing though, is a shift in perspective in how I perceive fulfillment and what Grace might have to do with that.

You may remember me saying previously that Mum wanted me to become a nurse, which I thought had something to do with how she assessed my ability to care for others or my natural bedside mannerisms, but what if her main motivation was power?  Get a powerful career, wear a power suit/uniform, be a powerful force in the world, use that big ol’ energy for something good, kid!

My basis for thinking this is connected to my younger son.  After he ran away, I lamented about it with an empathetic cousin.  She gently reminding me about the mischief, shenanigans and drama I concocted as a child, and how my son was a duplicate of my own ‘dukes-up’ personality. She suggested I not be surprised with his wild, unconquerable spirit. Perhaps Mum saw this same energy in me, and imagined….as I have for my son….what focus might best harness an unruly, yet bottomless heart?  AND if I am….twenty five adult years later….still finding my way, how do I expect him to have arrived into stable skin after only five teenage years?  This comforts me.

But what of Grace? Well, I have gone to great lengths to describe the power I saw in my Mum, have previously discussed my own strengths that have brought me through difficulties, and have likened myself to my teenage son, because these are things Graciousness has been placing on my heart.

Somehow Grace seems to be connected to power and when I look at what our world is facing with global traumatic and violent incidents, imbalanced rights based on race, wealth, gender and a myriad of other issues, I have to ask….is Graciousness taking me into something politically, culturally, or economically unpopular? 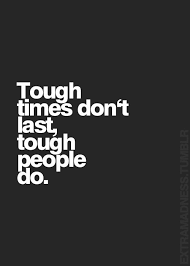 Previous Weeding Through Grace Next Graciousness With THEM

6 replies to “Grace Gets Out of the Way”