Laugh Your Way to a Better Day 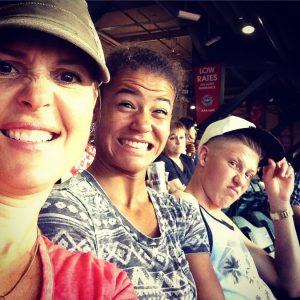 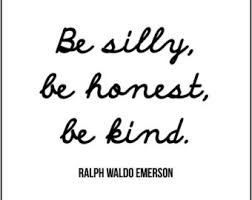 A young boy accompanied his Dad to work one day.  The father took great pride in showing his son the large vehicles he operated for his earth moving company.  A backhoe, a bulldozer, and dump trucks, were just a few of the objects the wide-eyed lad was exciting to watch at work on a busy construction site.  This curious boy marveled at all the sounds the big machinery made as they would move effortlessly forward and backward, the repetitive beeps and hums, warning those nearby of the direction these monster machines were maneuvering to next.

After a while the boy became hungry and asked to go to the grocery store deli for his favorite treat.  The father agreed and off they went to fill his little belly.  When they arrived at the store, the small child noticed a very round lady awkwardly pushing a heavy cart.  His Father told him it was not polite to stare, so the little boy turned his head, but kept his eyes carefully on this interesting sight.  As luck would have it, this large lady was heading toward the deli as well, making it very difficult for this obedient son to pretend like he was not looking, when they were walking right behind her!

All of a sudden, the back door alarm of the store went off, beeping loudly for staff and customers to take notice. BEEP. BEEP. BEEP. The little boy jumped quickly out of the way and yelled to his Dad “Look out Dad!  She’s backing up!” 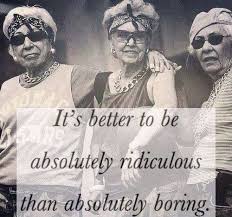 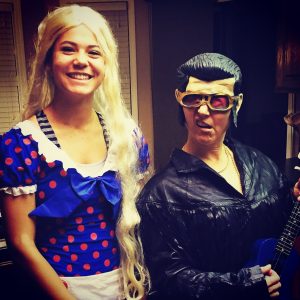 WELCOME to Week 29!  I am starting a new topic this week, ALL about Humor.

Being Funny.  Looking for a humorous twist in everything.  It is a lifeline to me.  I started this post with the only joke I ever heard mum tell.  Her life was already past the point of saving when she started telling people this story. Sometimes she would shorten it, wanting to get to the punch line quicker, so she could finally laugh.  Sometimes, she was laughing so hard by the middle of the joke, anticipating her own delight in telling the ending, that she could hardly finish.  Because the tumour was pressing against her brain and crippling everything on her left side, her face looked a bit odd.  Bald head, puffy cheeks, droopy left side of her mouth not able to keep up with her expressive and exuberant right side….if you did not laugh at what her actually delivery looked like, you just might cry.

Up until the point mum knew she was dying, she had a very quiet sense of humor.  My icon this week is an example of something she found funny.  I have had it since I was a teenager and use it regularly, especially when I need an extra smile on rough mornings…. 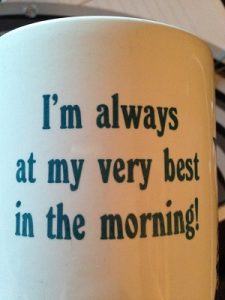 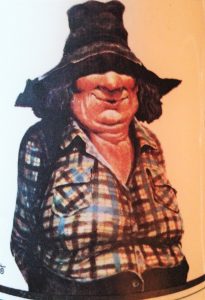 This mug, and a couple others, have survived many moves, a fire (a term used with children to explain why you have none of their baby albums, books or articles that were left behind when fleeing from their father with only the clothes on your back), a flood (that period of time when I was either intoxicated or hungover, and throwing away anything that remotely reminded me of my nasty past), and a few almost serious purges of my hoarded items….and yet they remain!  Much to the chagrin of my minimalistic-ish hubby, who blames my poor memory when I cannot find certain cherished objects, but I suspect they may have met a premature trip to the garbage bin….

*Almost getting me expelled from Bible College after a prank in the Deans dorm went terribly wrong….

*Giving me a chance to apologize for being grumpy without saying that boring cliché….I’m sorry….

*Getting me through a painfully long divorce, without committing murder….

These, and many other life circumstances, may not have ended so positively, were it not for laughing myself silly with friends or family, AND fiercely muttering to myself when I am alone.  It is my therapy.  Perhaps it was Mum’s, too.  I often caught her talking with herself, to which I immediately pointed out and teased her without fail.  She would take my ribbing with grace, a small smirk hidden in her buried chin, as she turned away to laugh at her own quirkiness. 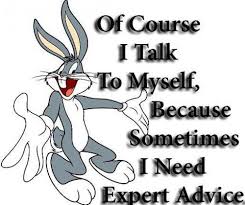 The days leading up to Mum’s funeral were bright and hot, sizzling with promise of more glorious summer days to come.  A month, and season, I would have previously been eagerly anticipating, as it brought prospects of camping, beaches, and fire pits, but not this June. I was numb…. cold.  After funeral services and internment rituals were finished, friends made their way over to visit, to sit silently together in our piano room.  Sun poured through sheer curtains Mum hung to filter, but not block, our south facing, window covered exterior wall.  The brown reclining chair sat empty, her peach afghan still laying rumpled on it from the last time she flung it off in a medicated hot flash.  Her stylish personality floated around the room, alongside furnishings and fixtures that carefully made their way into her intentionally designed living space.  I remember hearing muffled voices say, ‘we don’t know what to say, we just thought we should come’ and that registered as feeling good.  I felt loved, but could not respond.  My feelings had been cut off that day.

It is unclear why I was so determined to not feel or cry.  Maybe I thought it was my new role, to stand strong for our family.  Dad was ripped up.  My brother was slipping away.  Who would hold us together, when the one who did that, was down in the ground?  Who would make it okay?

I stood fast, not a tear in my eye to mark that public day, wave after wave of grievers approached, sobbing their sympathies, overcome in sorrow of a ‘too soon’ death.  I held them.  My shoulder dried their tears.  They….were sorry.  I….was silent.

How brave those friends were, coming to sit with an unresponsive hostess.  Eyes open, but not focussed on anything, all senses willfully frozen with no thaw in sight….until something catches my eye.  A flicker.  There is movement coming from the kitchen.  Do I leave my stupor to identify and analyze this unknown stimulus?  I slowly pull my focus from its black, recessing spot and toward the early-eve lit kitchen, where Mum’s twin sister has been putting out food for visitors to share.  She is looking right at me, desperately attempting to gain my attention, without looking like she wants my attention.  Once my gaze settled on her face, I realize, she is starting to laugh.  She holds up her two fingers, upside down and wide apart, and with as much emphasis as she can soundlessly muster, she puts her fingers back together while directing them towards me.

I do not pick up….what she….is putting down.

She tries again, eyes bigger this time and darting toward my legs, fingers slamming together now, to make their point.  I sit waiting for my brain to catch up with her non-verbal message….together….me….legs….OH, put my legs together?!  Wearing a knee length, pleated skirt, with my knees unconsciously falling to either side, was apparently quite a sight from the kitchen.  She looked so pleased when I got the correct answer in our ‘charades’ game, and kept chuckling to herself as she turned back to her busyness….just like Mum.  I could not help but smirk.  This broke my emotional prison, as I began to laugh along with my Aunty, who taught me something important that day.

You can intensely miss someone you love, and still smile.  You can appropriately grieve someone, and still laugh.  You can try to block out painful loss by prohibiting your sadness, but it will block every emotion along with it.

When I go to funerals now, I quietly share a fond memory or funny anecdote with the loved ones.  It might remind them to feel and remember happy times; to laugh and love, hopeful for a future that will get brighter, while grief and loss finish their course.  I think if my Mum could have talked on her last day, she just might have told her only joke again….and again….and again, her dying breath a mighty exhalation of joy.

What could be a better day than that? 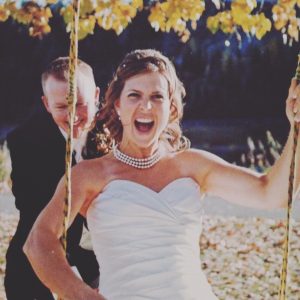 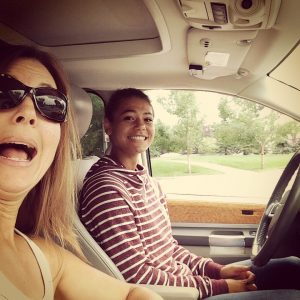 Previous How To Thank Your Mother Next Humor….The Original Silver Lining