This is Week 41!  Which means, there are only 3 Topics and 11 Weeks left, in my 52 Week Quest toward growing into a better version of myself. ♥

So, what is the NEW Topic??

It was almost a year ago when I drafted the 13 Topics I wanted to explore, choosing each virtue carefully. But now, in light of some of the other Topics that have commanded the attention of my heart, SMART sounds a little boring….not worth my efforts to pursue.  I actually asked myself how it even made my list.  But this topic and I have history….a very long history, that hides somewhere between a whispered thought and a dreamscape….so I stop….get quiet, and begin to remember why Smart should merit my focus.

Smart made the list because I have never felt truly intelligent at any time in my life.  Yes, I know feelings can be deceiving….not always accurate or true….still, they must be managed.

Mum had a Science Degree.  She was Smart.

Dad had an Education Degree.  He was Smart.

Brother was top of his class and became an Accountant.  He was Smart.

So naturally, I should fall right in line behind all these Smarty Pants…. 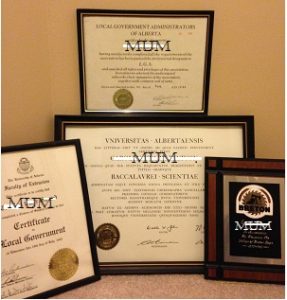 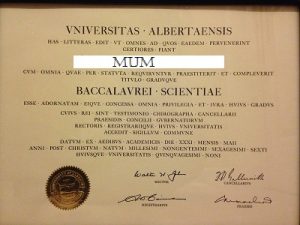 ….but School was not a success for me, unless Gym and Home Economics count for something.  I would never raise my hand in class to ask or answer a question, too afraid of being wrong or sounding like a dunce. So I sat quiet….disengaged.  At best, I endured school until it was finally over and I could pursue my passion….music.

Music was going to be the thing that would prove my math teacher wrong, when he said I would use the stuff he was teaching one day.  Music….not math….would save me, since I was not Smart.  So I put all my ‘big dream’ eggs into that one basket.  There was only one, tiny flaw….

Technical Skills?  Well….how do you spell….sticking your tongue out against your lips and blowing raspberries until you spit? 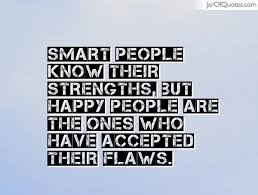 I was only half a musician.  I hustled my one-sided talent, performing during and beyond Bible College.  I travelled to be part of various creative projects, and finally landed in Theatre School to secure that highly revered, but somehow always elusive, College Diploma….which to my surprise, ended with me attaining the highest GPA in the class!  Mum was already gone by then, but I knew how happy she was to see me step back into the role of student.  She would be proud that I had crushed College with that kind of accomplishment.

This started me to think, maybe I do have a little Smart in ME….maybe that is what Mum was trying to tell me….

But her quiet voice was replaced by a loud gong, and in the year following my successful College experience….married….pregnant….and informed repetitively, my Diploma had no credit.

It did not hold the value of a University Degree….or better, a Masters!  Now that was something.  Only the very Smart could achieve that, and since I was too afraid to even consider University, I could never truly be comfortable with Smart people.  So, it only made sense….since I did not understand higher levels of thinking….that I should accept cooking and cleaning as my most suitable abilities.  Sewing skills were a bonus for rounding out my perfect portfolio as house wench.

This attack against my intelligence continued for 14 years, engraining within me a template that defaulted to someone else’s thoughts….someone else’s beliefs….someone else’s language.  Poor ME!  I could not act, talk or THINK without needing correction from a Smarter person, who made a convincing argument how incredibly fortunate I was to have his pity and tolerance.

Grateful.  That is what I was admonished to be….thankful that he would keep his vow….indebted to his generous oversight of my fatally flawed intellect….this….is the rut that held me firm for years. 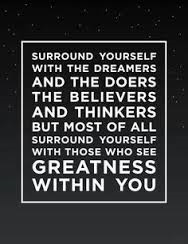 But little moments would come.  Small reminders sporadically replaced those manipulative lies with a fleeting, powerful truth….I was clever.

So clever, that when given an identical IQ test, administered by a professional peer of first husband, he and I scored almost identical.  How could that be?  No University, growing up on a farm with cows and chickens, goofing off in the Theatre….how was my IQ on equal footing to a Masters Degree in English?

When given the task of balancing bills and frugally managing every resource within the home, who paid for groceries, utilities, gasoline, and diapers on $87 a week?

After being goaded into looking for a job with the city, then told I should give up because I would never actually make it, who passed the rigorous process required for my high security clearance position?

When given the training of how to recognize an abusive relationship, who quietly soaked it all up, then allowed herself to pack a preparation bag, so that nothing would be a barrier on the day she would have to use it?

A Smart lady, that’s who. 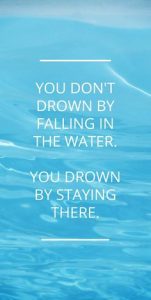 If I look back at myself….who I was, what I did, why I did it….I can see blips emerging from my patterned life.  Not all patterns were healthy, but all suggested a similar trend.  Just as a heartbeat registers its blips on a ECG, I have moments that rise above the others, that give true and unequivocal proof….

Lots of other noises and nastiness attempt to cover up these facts, so I must remind myself of the blips….

….watching the patients in therapy with me at the Brain Injury Clinic, filled with worry and doubt of an eventual recovery….I just had to get better….would fight harder than anyone to get back to my full capacity after too many concussions….following all instructions in order to do so….

….heeding the advice of a psychologist upon Separation and not entering another relationship for 2 years….remembering the results of ignoring that same advice and getting married too soon after Mum died….determined to learn from my experiences and give myself time to heal….

….drowning in a reassigned work role….an Information Technology position….something I know nothing about, have no experience with, nor any desire to do….yet embracing an attitude of growth….welcoming this challenge and the doors it may open for me….doors that would disappear if I adopted bitterness instead….

Life….cannot be life, without both.

I have had my moments….my blips….and I have had blanks.  I used to think the blanks were proof my blips did not exist, especially when the distance between blips was far….but they kept coming….

….set out to heal the ugliest hurts….honor Mum’s last year of life….design and write a blog page….

….take time to support a friend….ignore the computer to hold a granddaughter….go to bed early and get a good rest….blogging can wait until tomorrow….

May you blank and blip, like only you can. 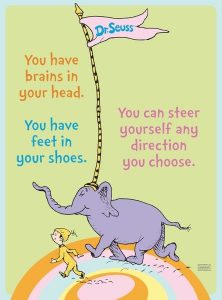 Previous Encourage ME! Next YOU is Smart!