Finding 52 got a facelift! Check out the fresh updates on FB and the blog website. 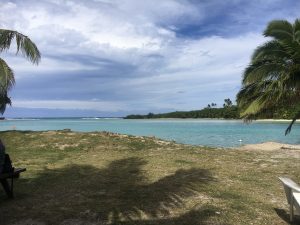 After a relaxing, off-the-grid, non-writing, tropical vacation, I have been busy wrapping up the second round of edits on my first book, and did not forget, that I promised to reveal the title in this blog post!

And I am keeping that promise… so keep reading. But first…

One of the interesting things about taking a vacation, is flying with strangers on a plane. This trip we were accompanied by one of our kids, filling all three seats in our row and alleviating any silent maneuvering for the limited armrest space. We were surrounded by various families with toddlers and tweens, and lovely doting grandparents, too.

I made my usual goofy faces at children that caught my eyes, and chatted excitedly to hubby and son about the good times about to commence. With about 20 minutes remaining in the first leg of our eleven hour transit, I closed my eyes and dozed off for a minute. In the gap between a fuzzy dream world and reality, something entered my consciousness.

A voice. It broke through the whirring of plane engines and buzzing of other conversations, popping into my ear canals as if it were directed there through my earbuds. But I was not wearing earbuds. Was I still dozing or was this voice real?

I listened – waking now to full alertness, to an angry male voice. Someone was crying. A female. She was apologizing. His cursing was clear. She continued to beg for his forgiveness, for which he denied. More cursing.

I had to find the source of these voices. Surely, I was not getting the full picture and the pressure that grew in my ears while the plane descended, was somehow to blame for what I thought I heard.

The growing cabin pressure was not at fault. Two rows back, a man and woman were having a verbal altercation. He was indeed cussing and blaming and she was crying toward the window. I made eye contact with her first – she was sad and looked sorry – then cranked my neck around to get a look at the one whose voice had channeled its way into my eardrum first.

His drunken eyes met mine through the crack in seats, glaring back with indignant confidence. Since I do not know the whole story and have only a snapshot of what inspired this disturbing display of adult ‘relationshipping’, I will reserve my complete moral judgment upon a man who appeared solely guilty.

I began creating a list of possible offenses this girl could have done to illicit such a public rage. Lied about something? Called into question his manhood? Declared she wanted a divorce?

I could hear another lady speaking to the man. She was sitting in the aisle seat, so there was a chance she might be with them and was potentially smoothing things out – unsuccessfully. The foul language continued.

My hubby and son were listening now. We were all set down with seatbelt signs on, flight attendants no longer cruising through the cabin, so we waited … and listened. As soon as the seatbelt signs flicked off, hubby got up from his seat and warned the man to watch his language, noting the children sitting nearby. That was not enough for son, who stared the man down, silently challenging this jerk, who responded with a vocal counter-challenge.

Hubby and I knew the situation was ugly enough without escalating it further. We withdrew our glances, directed son to do the same and I waited for an opportunity to slip my card into this young lady’s hand. It did not happen.

We saw other adults on the plane exchanging looks of dismay, expressing aloud to each other their relief to be getting off the plane. I intentionally locked eyes with the older woman in the aisle seat, and she shook her head in frustration.

I wonder what she said to him? Maybe she defended the gal or simply tried to change the subject. Maybe she thought he was just another mean drunk but tried to give some wise guidance anyway. Maybe she just held onto her tongue long enough to get her family away from this bozo – a blip on the radar of what was supposed to be a fantastic vacation. I mean, really…what are ya gonna do about something like this?

What did the people on that plane do?

Remember many months ago when I wrote about not blaming anyone for things that they did, or did not, say or do while witnessing the abuse I endured? It is my absolute belief that there is no right or wrong way to act when you are trying to be helpful to a person you see being hurt. If I believe this, then why am I so mad at all the aware adults on the plane – including myself – who seemed to do nothing about it?

Why didn’t the parents of the kids sitting in front of the argument call the flight attendant over to moderate his behavior sooner? Why didn’t the fit-looking man in the next row, tell this stringy mouthpiece to shut his pie-hole?

In case it is not obvious, all of my anger was raging against this male specimen who seemed like a cookie cut version of my ex. Everyone who heard this exchange on the plane knew it was gut-wrenching wrong. The indirect daggers swirling toward this obnoxious soul never reached their destination, nor did they pop our collective bubble of uncomfortable silence.

Walking off the gangway, those 2 humans were already fading from my thoughts, but my mind kept nagging about how I handled the situation. Me, of all people, failing to focus on the most important person in that story. HER.

Why didn’t I keep looking at her eyes, ready with a kind smile? Why didn’t I say something gentle to that girl, or try harder to get my card into her hand? Yes, further provoking a man I knew would blame and punish her for the actions of others, kept me on the side of caution. If she can ‘start’ a fight on a plane that evokes such a disrespectful public scene, what are the consequences of crossing him when they are alone?

So now what, AJ? Are we to do nothing? Be the plane people who just endure it, then forget it?

Goodness, no! The plane people actually did something. They reacted like humans:

–The older lady’s awkward, stiff conversation would not have sounded like a typical ‘just met you on a plane’ chit-chat.

–The looks people gave them (no one noticed our row) ranging from inquisitive to downright murderous.

–Hubby telling him to tone down his language.

–I told the pilots when disembarking about the drunk man exiting shortly and would hope that generated at least a semi-obvious stare-down.

–Everyone else trying their best to ignore a bad scene, which clearly deviates from a normal vibe within a public setting.

OK, but how is this helpful?

You see, HER brain is processing these things. She may not know it yet but the looks, the feelings, the not-so-normal-be-it-ever-so-subtle exchanges with others, are not missed by the body or brain.

No other passenger invited such negative glances. Every heavy sigh, rolling of eyes, muttering under breath, attempts to distract children from the madness, obvious turning away – it all sends a message and leaves a subconscious mark. It is all tumbling somewhere within her desperate brain, and one day, SHE will start to fit the pieces together.

I pray sooner, rather than later, but that is in HER hands. Her brain and heart need to come through some sticky, tricky bits before she decides to change her life trajectory.

We continue to use our best judgement in these moments, weighing the present safety and the risk of future violence toward the person we intend to help. It is not an easy decision to walk away from a person clearly in distress, but it is sometimes what we must do.

We can offer love and compassion with a glance or a kind word. We can offer a strategy or resource that is locally accessible. We can listen with empathy to the nonsensical logic victims use to justify why they deserve to be treated poorly or injured for their mistakes. We can wisely respond with a simple statement of how something just doesn’t make sense – but can we save someone in an abusive relationship?

Even wiping the abuser off the face of the earth, is a temporary solution at best. Sadly, if a person has not fully realized their own unhealthy tendencies within relationships, even if we steal them away from their current danger, the odds are, they will seek another dysfunctional relationship like it. Their best chance of permanently escaping an abuser is going to be birthed from small moments and subtle feelings from healthier humans who keep reacting like humans.

If you would like more information on what things might be helpful to say or do as a healthy adult who suspects someone is in an abusive relationship, I would be happy to dedicate my next post for that purpose. Please leave a comment or message me.

Now, without further ado, (I love that word, ado) the title for the Finding 52 book is …

Book writing is not for the faint of heart. It is like raising my sixth child! I am told there is one more edit stage to go (proof-reading) and then it is off to the presses! As always, stay tuned for the details and maybe a sneak peek at the cover design … exciting!

But until next time, if you know HER… show her some love and kindness. Our wrath doesn’t change his heart, but maybe some warmth can change hers.