It keeps me up at night, will not let me sleep late on weekends, it constricts at my collar and kicks up a mean sweat.

So, I steady myself….whisper affirmations that remind I am right where I am supposed to be for this Week….this moment….for reasons the universe may never reveal….this is….Smart With THEM.

Remember my post about a client who was trying to get me fired?  If not, check it out here: 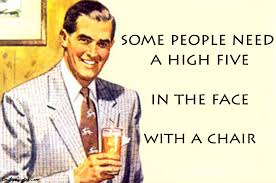 Nine years after the actual occurrence….one appeal after another, back and forth with informal and formal company processes, where he was given plenty of space to mope and pout, and let it ALL out….he finally got to hear my side of the story, from ME.  But first, I listened to him for an entire day, blame and accuse, interpreting my motives to suit his pain. Then, he listened the whole next day, to why I believed he simply had not understood my role or intentions in this complex situation.

I did my best to ‘show up’ on these days.  I was reflective.  Empathetic.  Sometimes animated.  I acknowledged how he could have felt unfairly treated, but the necessity to intervene after he had harmed someone else, had to override his feelings.

He saw only punishment….and began his 9 year personal war.

During his address, he maintained an emotionless state, straying from his robotically delivered story only to emphasize particular points regarding my cold, calculating words and actions, which he linked to a specific series of negative personal experiences. While I do not put any merit into the validity of that string of logic, I could see how a certain perspective would lead him there.  His feelings were real….they just were not accurate.

Nevertheless, the upper echelons within my organization were effectively convinced that I had indeed misinterpreted my role….meaning….they thought he was right, and I was wrong. 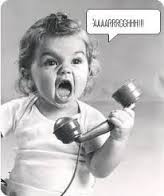 So what happens when corporations say their employees are responsible for a public complaint against them?

Was I fired?  Nope.  But it was a possible option.

Was I given great odds to fight back with another appeal?  Yup.  They even offered free legal representation.

Wait….did I just decide not to fight?  The ‘Muhamad Ali’ fighter in me, warrior, kickass girl….is backing down, out of the ring entirely?

I think I am all about standing up to oppressive people, speaking out against wrongs afflicting the innocent, entering into battle for noble causes….does retreat fit into this mindset?

Let me check in with ‘The Champ’ to find out….

Muhamad Ali impacted our world in a manner few had been able to do before the onset of global social media.  He had magnetic charisma, intelligent humor, unwavering values, and a mighty spirit that lead him to defeat not only his boxing opponents, but his own doubts.  His career composed of spontaneously dynamic interactions with reporters and fans.  In true comic book hero style, he had many friends as well as foes, and ongoing controversial moments in the spotlight.  He is quoted as saying things like:

Many champions embody the spirit of this quote! 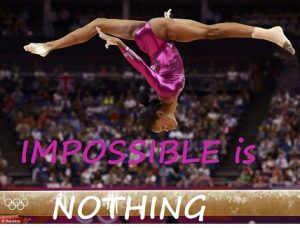 ….she flies upside down.  Possible!

Since 2016 marks the year Ali departed from our earthly eyes, it seems fitting to somehow pay tribute to his champion mentality in a year so focussed on how to become a better version of myself.  So for this Week, I will pretend Mum was a huge boxing fan, telling and retelling stories of great fights Ali had in his boxing career.  Fighting sporting odds, social popularity and racial biases, his arguably most influential fight came at the cost of his boxing licence….refusing to accept subscription to the US Army.  He was punished for following his beliefs.

I never met Muhamad Ali, but I see myself in his photo images. 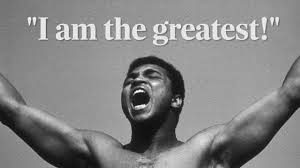 ….try screaming that to yourself everyday….

At least, that is how I feel, even if I do not appear it.  I think I have seen myself as a fighter since Grade 3, when clobbering my way through every playground conflict was status quo.  I duked my way through, until I figured out I did not like spending time in the Principal’s Office.

When I reflect on the ease in which I entered conflict as a youth, I have to draw a connection to my ability to withstand 14 years of domestic conflict.   Struggle sits with me.  I do not fear it.  It does not dictate my comfort.  I can sit calmly while it drains my guts.  Zaps my heart.  Fades my shine.

Constant conflict erodes everything except survival.

So, how can Ali and my historic hostility help this Week as I wonder how to be Smart with those around me?

More quotes from the Champ, of course! 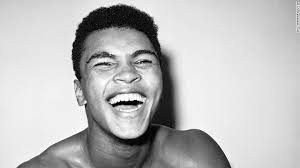 “The fight is won or lost far away from witnesses—behind the lines, in the gym, and out there on the road, long before I dance under those lights.”

This quote applied to last week, Smart Like US, and reminds me that it does not matter what performance I put on for a blogging audience, or if I technically win a public complaint.  What matters most is slugging through tough days with a resolve of hope and a blanket of grace.

This Week, I got sentenced to five years far away from witnesses….I am officially benched to a back room desk.

I hate the bench!  It is the worst.  I am a competitor….a contributor. 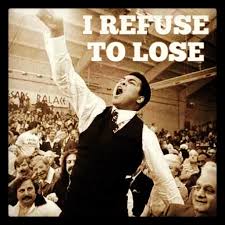 Seen through a different lens, sitting could be labelled as protection.

And that is where we come full circle.  Me, the complaining man, all of us, acting in accordance to what we see as fair, significant, necessary and wise.  We ALL come at our actions from this place.

“My real work started after my career in the ring was over.”

The real work?  I am a bit confused.  What about….

“I hated every minute of training, but I said, ‘Don’t quit. Suffer now and live the rest of your life as a champion.”

Perhaps it means being a clear champion….the butterfly and the bee….is not the real work. 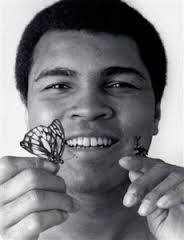 Oh boy.  Looks like there are more miles to go.  More mountains to climb.  More valleys to pass.  More time to contemplate….since my real work will begin after 52 Weeks in the ring….

….so maybe I do not need to fight every battle that seeks me.  Young AJ might have felt comfortable there….Old AJ feels different things now.  Peaceful things.  Things that discern between doing good and doing what feels good.

It did not ‘feel good’ to lose….to fail.  In this, or any other scenario, losing is tough.  Choosing to lose, is tougher.

The decision, however unpopular with my fighter instinct, was clear.  A war I did not start, must end….regardless of the victor.

To be Smart with THEM, I need not care about an outward appearance of losing.  All my other actions and words should be enough to show what I am really up to….soldiering love, dealing hope, mugging out dreams and trying to make it all count! 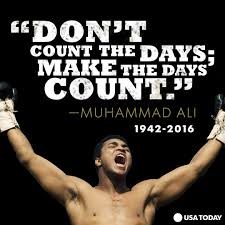