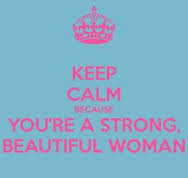 It is hard to believe I have only 18 weeks left in my 52 week challenge. This is the second week of Strength, with a focus of being Strong with YOU. Last post, I shared about a single mom who lost her teenage son to suicide, being very aware of how much burden parents place upon themselves and how our perspective can make it seem we are not able to cope. I suggested we are stronger than we feel and endure more than we could possibly imagine….and if I did not make it completely clear….I believe there is always someone else who has far greater struggles than I would ever want bear.

I pick right up on that theme and forge into a week of considering what strength looks like for my closest relationships. To do this, I will be focussing on how my story has plunged me into deep recesses that felt as though they had no end.  Hesitantly and carefully, I wade into these memory filled waters, knowing what lurks there, knowing it is scary, but knowing it did not end ME.  Figuring out why, is going to be my focus.  I want to understand how love survived inside of me, why certain choices prevailed, and know beyond a shadow of a doubt how to strengthen my closest bonds with YOU.

I always considered myself physically strong, perhaps due to my tomboyish nature or my competitive approach to anything sport related. What I lacked in skill, I did my best to make up for in power and determination. Genes probably played a big role in any of my athletic successes. Mix that with feeling like a big fish in a small pond, and it is understandable why I saw myself pretty large. 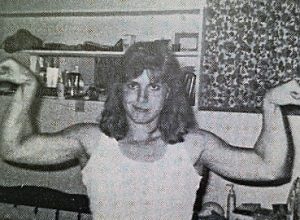 This shaped my self identity as someone who could handle obstacles. I did not quit on the field, out on the track, inside the rink, holding onto the dance studio bar, or around the ball diamond. When others stopped or tired, I was more inspired to keep going….to keep trying….effort was my most available skill.  A close second was my outgoing and unfiltered personality. I was an exciting mess of teenage confidence!

The formidable layers of who I was, which took all my teenage years to build, were demolished within one day.

At 17 years old, it would have only been Puppy Love, but I lost the person I believed was my soulmate.  Similar to other dreamy teenage girls, I went ga-ga over a cute boy who held my hand.  We had liked each other for years, but living in neighbouring towns before having Drivers Licences, made connection tricky.  Somehow though, we serendipitously attended the same local events, knew when the other was in each others town, and unknowingly ended up at the same out of town resort for a week long stint….he for hockey, me for singing.

That was the first time we decided to become something solid, to not leave our encounters to chance, to be more than convenient crushes.  We always seemed to have a silent connection, a core understanding of who we were….and what we wanted.  We had big dreams and even bigger hearts, maybe that is why it could not last. Shortly after that resort trip, he got drafted away to the WHL. We wrote, talked on the phone, but it was to be last time I actually saw him. 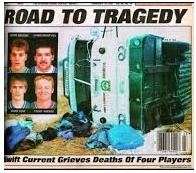 I did not need to be told the news.  I felt him all day.  He was gone, but must have been hovering close, letting me know he was going. When I heard their tour bus had crashed, I spoke out loud to that spirit who was intently near….you better not have been playing cards at the back of the bus again….the place I knew he always sat, and the spot later reported to have been the location of the 4 casualties.  Of course, then I knew.  There was no doubt.  I tried to go about my plans that evening, denying my intuition, justifying my silly gut instinct, convincing myself his light was too bright to be extinguished….collapsing….when told, it had.

I cried for days. I had nothing of his to hold, only things of mine he had touched….a stuffed bear he teased me about having as a good luck charm for track meets….my diamond prize ring he tried on after watching me sing and win the Miss Lumberjack competition….the letters he wrote making plans to see each other when he got home….

I was numb for months. Being in a small town, teachers knew my story….asking how I was doing when I made it to class, and ignoring the many classes I skipped. I was not passing, so at Mum’s prompting, big brother swooped in to cram and prep me for exams. Graduation loomed.  My gown photos were depressing, eyes brimming with tears, face limp and numb, thinking of my ‘should-be’ Grad date.

My recovery was slow. I created a shrine of newspaper clippings and photos, preserving these treasures in a hallowed box that went everywhere with me.  I went off to college, incidental boyfriends came and went, still I longed for the friend that understood me best.  Travelling helped, lots of beautiful places and positive people, I started to slowly wake up to recognize life and love again….and then I turned 21….the golden year!  I finally felt free of the sadness that consumed me for the last 4 years.  It was a year to sing, really sing. 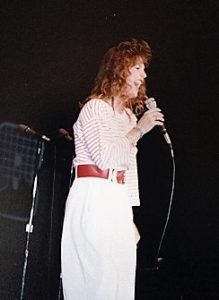 I have often wondered what made 21 so remarkable. Maybe it is because most of my 17 – 20 year old days were ‘heartblank’.  I was lost on a lonely, twisted road.  I was a ghost.

Again and again, throughout my story, I have become a shell of myself.  WHY?

My closest relationships have manifested the worst pains….gut-wrenching hurts….that time has not eliminated.  Mothers and boyfriends die; husbands are cruel and abuse; children run away….YOU blame and lash out, my self-image gets destroyed, my dreams are crushed….all because I have YOU.

YOU weaken ME.  Yes, I just said that!

YOU have many needs….and drama….and expect strong ME to handle everything….it is no wonder I cave in.

Still, I am here.  Pushing for the maximum output again, for the ones I love; fulfilling their needs before mine.

Eventually, if I have not been able to find an organic pathway leading away from this pattern, or if there is a barrage of demands all at once, my emptiness turns ugly.

I have battled depression, come through an extended drinking binge, survived an unhealthy period of promiscuity, and hid every hurting part of me under a huge pile of denial, in an attempt to feel OK….these are not strong moments.  They are unforgiving, unrelenting, emotionally stunted phases of heartblank. 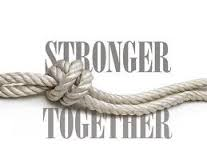 Yes, I burn out.  Yes, I get sucked dry.  Yes, I reach out my hand for a solid lifeline that ends up pulling me back into the very mire I fought hard to exit.  But that is where YOU are.  IN the mire, and I cannot leave YOU there alone.

My work is simply this….let YOU also be Strong for me.  YOU can help me.

The strongest thing I do….to be stronger than I was yesterday….is to lean on YOU. 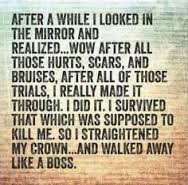