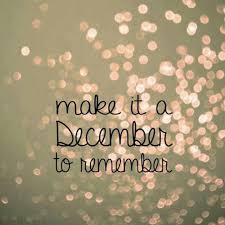 With the whirl of Christmas and holiday gatherings all around, thank you for joining me on this road of discovering how our past shapes the present, but never defines our future.
Today’s blog is a bit different from the rest, as I am sharing advice and insights from my experiences as a survivor of domestic violence. The format may be a bit more clinical than my regular writing, so please excuse the lack of alliteration (my fave!).

After declaring it was time to tell my story in person, I have been afforded opportunities to address audiences of legal professionals, law enforcement officers, health and social care workers and victim support services. With these professional genres in mind, I have identified 5 stages that people may go through when descending into a life that includes being abused. These stages are based on my own story, but also give insight into behaviors you may encounter when trying to help a person you think is being abused physically, mentally, spiritually, verbally or sexually in an intimate relationship. My experiences parallel the leading research on ‘victimology’.

So, let’s start with DENIAL. I was already living in full denial after Mum passed, so it was easy to slip unnoticed into an unhealthy relationship that might have otherwise lasted 3 months. Had I been fully aware, something would have certainly turned me off this wildly diverse choice of a life partner.
I think it is easy for people who have experienced a significant loss or trauma, or have had previous exposure to abuse, to default to denial as a coping strategy. I liken it to closing your eyes as a protective measure against monsters. Not an effective strategy, if the monsters are real.

During this denial phase, I used my organic optimism to deflect the negative clues that arose while deciding how to navigate within this new relationship. I trusted my identity as a good, strong person, who loved God and desired to do the right things in life. The more immersed I became in denial, the harder my identity worked at appearing to be in control, happy and making sound decisions.
Denial kept me from recognizing that my pain would not go away, and could not be fixed, by fencing off those hurtful areas and building a life overtop of that mess.
So, I went against the best piece of advice I ever got, and made a life-altering decision to marry someone I barely knew, within 2 years of a significant loss.

~This leads to the next phase of DISFUNCTION~

This phase blends so well from denial, I am not sure it can be distinguished as a separate phase at the start, but by the end, the clear markers of disfunction become glaringly obvious.
It starts with overwhelming attention from a man claiming an intent focus on knowing me, which for a girl in denial and hiding from her pain, felt flattering and comforting. I was chosen by him – special – honored over all the others he had dated – I was the one. This fit neatly into my strong sense of identity and I did my best to be worthy of my label. To completely adopt this designation meant that all other relationships were inferior to ours. All other love was incomplete, and everyone else held an insincere agenda.

I was consumed, flooded, and over-stimulated with provocative ideas about previously held beliefs, challenged to open up my mind to his thoughts – forced to agree through sheer weariness – as his passion and energy for me and how our lives should be, was insatiable.
In this phase, family and friends faded, my ability to discern regular logic faltered, and my family was started. Violence entered here, a tiny event that went unchallenged, so grew bigger with every disagreement and pushed me into the next coping phase…

This was my most vocal phase. I adopted his language and philosophies because it was safer. I spoke out against people who criticized him. I resolved to keep our little family together by being the best wife and mother possible, obeying him and God in doing so, which is what he had been preaching I should do.
But that was not what he really wanted. He did not want a righteous wife. He wanted someone to blame for his own failures and to project his weakness onto, maybe in an attempt to eradicate his own demons of not feeling loved.
I mustered my strength to focus on his redeeming qualities, to ignore his flagrant accusations of my shortcomings and carried on raising my kids with as much integrity as possible, riding out the storm with a wild hope of better days to come.

~Which takes us to DICHOTOMY~

I shouldn’t say this, but this is my favorite stage. It was like a detective novel that cleverly balanced suspense and secrets in true murder-mystery style. And because the stakes had risen considerably by this stage of the game, murder was not far from possible.
By some miracle, I landed an outside career. The story of how I became a police officer is for another day, so will simply say, the financial impact it had was huge in my quest for eventually escaping my tormented marriage. It was a funny transition from abused wife to cop. Both roles required me to follow a higher authority’s power so in that regard, it was an easy one.
It was also perfect for beginning a double life – one where I told bad guys what to do, and the other where a bad guy told me what to do, say and think if I wanted a smooth day. I was evolving in this phase, but so was he. His standards had always been elusive, but sensing his power starting to diminish, he became less predictable, more volatile, and more suspicious of my alternate life.
Convincing him that nothing had changed for us as a family was a fulltime job. I made extra efforts to prove I had not been tainted by the dogs of society (my colleagues) and that I was even more committed to our lifestyle of abstaining from anything pleasurable.
This was the most isolating phase. I could not maintain the ‘Jeckel and Hyde’ of my personality with onlookers or witnesses. Instead of escaping my marriage for real, I escaped into a fantasy where I pretended everything was alright. Life felt better, but I was not myself. Labelled now as evil and a fake, I slipped into the next phase.

Homicide. Suicide. It was all on the table for this phase. Unable to cleanly transition from one personality to the next, my last coping strategy was gone and I spiraled into a dangerous place. I faced the realization that our family was already destroyed and the children were most certainly witnesses of this malady of abuse, but it took an extraordinary happen-stance to move me from the comfort of my torturer.
My escape was a long shot. As Kim Eyer says “Everything is stacked against the victim – the relationship, the abuse, the need for fortitude beyond most human ability, traditional societal values, public ignorance, the legal system, even the victims own beliefs and desires.”
WOW! Then how do we help?
Show Up.
Listen.
Be Yourself.
Ask about what they think and value.
Ask “Are you safe?”
Give them a safety tip or resource.*
Please – don’t give up on them. It may take a lifetime, and you may never know whether you had an impact on them, but it is never a wasted effort to show someone you see them.
It is not helpful to assume these people are weak or stupid. Would it matter if they were? Showing them respect in how they manage their lives is modelling what healthy adults do for each other. That in itself is a far cry from what they know from their abuser, who does not allow them to think for themselves.
Healthy adults have boundaries. Use yours well with the person you are trying to help, displaying healthy interactions between people who say they care about each other.
Remember, there is no “right way” to respond. We can approach with honesty or silence. Rage or contained opinions. It may cause separation from the person you intend to keep close, but it will not be wrong. They choose to live and be where they are and until enough clues collect to send them in another direction, we can only do our best.
In closing, I know there is still much to be shared about helpful safety planning tips, *so stay tuned for that in the New Year.
Until then, may this season of love and joy be refreshing to tired or restless souls, and may the hope of a bright new phase be ever present in our hearts… 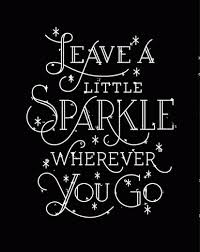