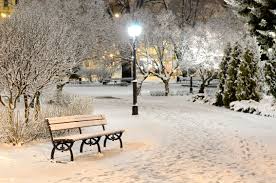 Which is clearly a joke, since there has been nothing warm about this winter, but I do greet you ever so warmly.  🙂

In true Finding 52 fashion, I am in the midst of a shifting view, for my role as a parent.  My attitude toward parenting challenges….with all its joys, doubts, and pain….was still spinning after I signed off from the Hummingbird Saga.

Can I just say this?  Parenting is an incredibly tough job.  Officially.  It breaks every mold and holds all the records.  It is the longest endeavour I have tackled….almost a quarter of a century of experiential learning….and I still get caught unprepared for twists and burns that explode into view without warning.

After 25 years at any job, one might consider retirement.  Time to put your parenting feet up, and find a quieter, less dramatic role to play.  But, no.  I am still working away, slugging through muck and mires….raging one minute, rejoicing the next.  Maybe it is an addictive condition….akin to an aging Actor, their best years on stage long past, but still thirsting for spotlight.

Perhaps it is the notion of perfecting a difficult skill, that has me chasing parenting action.  Maybe I am an emotional mutant who enjoys getting ripped apart….and put back together….sometimes in the same moment.   Whatever the reason, this Mom thing is in my blood, and I cannot help but fall deeper and deeper in love with these tormenting, glorious angels, I call my kids.

Sounds like a good place to leave it.  Right there.  Even though it is hard, I want to parent.  I cannot actually stop parenting.  Easy stuff, hard stuff, fun stuff, boring stuff….I love being Mom more than any other role.  So, what is this shift taking place? 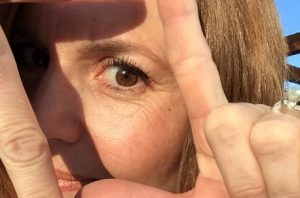 Remember the Un-Christmas Letter?  That was my attempt to resolve some very harsh emotions and deeply misunderstood parenting choices.  Was writing it enough to make everything okay?  I wish the answer was an undeniable yes, but not much has changed.  I might argue nothing has changed, so why would I bother expressing that kind of raw honesty?

It may not have brought about any physical changes in how far or close I am to one particular child, but it helped ME start to empathize with those feelings.  I started weeding out the angry, shaming voices of failure, and moved on to a more helpful position of releasing what I could not control, which feels better. 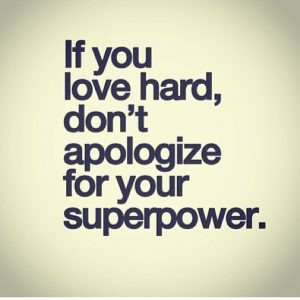 I recently accepted a temporary work assignment to teach a respectful workplace model making its way through our organization.  Generally, my regular work is competitive in nature, which means I am surrounded by highly competitive colleagues.  The good ones use it for good….the bad ones, well….the lid stays on that simmering pot for now.

Within this respectful training content is information about what makes people feel threatened or safe in their environments, and with others.  One of the pillars of establishing a sense of safety, is Certainty.  When people can predict the near future through consistent experience, they are happy little campers.  When things do not feel certain, it throws us unconsciously into a danger zone, which may not actually be a life threatening situation, but our brains trigger like it is.

Whether we are aware of this trigger or not, is irrelevant.  This instinct is meant for survival.

Perfect information!  I have a new perspective on my recent, unresolvable anger issue!  My survival was threatened, so I needed to fight or flee to protect my life!  How else was I supposed to react?  If someone encroaches upon my sacred space….my identity….my certainty, I will….instinctually….put my dukes up.

This also could be a good place to leave things….right there….but I know I am more than instinct….more than random feelings pretending to be real.  So, deeper I go.  In fact, let’s turn this bus around for a moment and pause for a story:

There once was a widow who had 2 grown children.  Because the widow was losing their spouse quickly to disease, there was no time to waste.  After years of having a distant and strained relationship, they committed to earnestly loving one another.  This allowed the spouse to move on after a short grieving period, and fall in love again.  The children could not understand this and reacted in different ways.  One moved far away, and the other, stayed close.

The one who stayed….was angry and took advantage of the only parent they had left, by racking up a huge credit card bill that got faithfully paid by the widow.  This adult child shouted and cried and lashed out during conversations, that were patiently received.  When the widow announced a wedding was soon to take place, the child also sought to wed, finding a mate that was nothing like the parent, partly to defy the odds of replicating a similar mess, but also because it just did not matter.  Anything would be better than what was happening for that child, at that moment.

The widow was reluctant to bless this child’s union, knowing it was likely made in poor judgement, but thought it hypocritical to stand in their child’s way.  Both marriages happened in the same year.  One got stronger.  One got stranger.  The widow and new partner loved each other well, while the child and partner struggled.

The widow watched a slow progression of change happen within the child they raised.  First, it was just a change in physical appearance,  frumpy clothes and a lack of personal grooming.  Then there was a change of opinions and defensiveness about faith and traditional gender roles.  It got more difficult to visit together, as conflict always seemed to be on the child’s doorstep, lingering there, as a barrier to unwelcome outsiders.  Anyone who wanted to connect, needed to step into a fog that smothered out common sense and humanity.

The widow’s heart would break at every interaction, knowing this was not really their child anymore, but resolved to remain accessible.

Then came bruises.  The widow pleaded for explanations, but instead got told there was no need to worry.  It was under control, and not without retaliation.  They half chuckled at that and silently agreed to not speak of it again.   But the widow did not forget, hanging a picture of their child with a black eye, and prayed.

Year after year, the widow waited, not knowing whether their grown child….and now grandchildren….were safe and sound; Waiting for news of calamity and praying for a way….any way, for this painful nightmare to end.

This story came to mind as I considered what a parent would do for an angry, hurting child.  Parents bear the brunt of raging storms, turn their cheeks to receive the next blow, watch helplessly as a loved one gets destroyed by external or internal forces.

How many times have I felt sorry for myself because this is my parenting story?  I chose something good, something healthy, to replace something messy….something rotten, only to wind up in this pain….this sadness.  This is unfair.  This is parenting.

This is my Dad.

It was our story above.  I was not fair to him, but his love was faithful to me.  My Dad stuck it out.  He did not quit.  I honour my Mum for dying, but forget that my Dad had to keep on living.  I am almost 50 years old, and am just understanding this now?  Looks like my parenting trials may go on a few more years…. 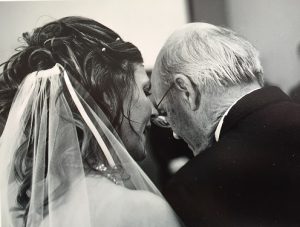 I cannot remember exactly what I said to Dad as he walked me down the aisle….but I was thankful for that incredible chance to ‘do-over’.  A second chance for us both, to love better….to live better.

Dad recently had heart bypass surgery.  The doctors blame his sweet tooth habits and fondness of donuts, but I know the real culprit.  The amount of times his heart broke….for me, for his lost wife, a splintered family….not to mention the pain, shame, blame and guilt that accompanies complex parenting decisions….of course he needed a quintuple bypass!

He is on the mend now, not just because the doctors have sewn him up and the medications are working, but because he can rest easy now.  His child is back.  She is healthy.  She is strong.  And she is ever, ever….so Grateful. 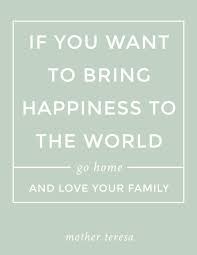