The Story Goes ON

The Finding 52 Book Has a Name….well, it actually has a few names, as one has not been finalized, BUT there are some amazing finalist options!

Thank you to all the folks who suggested a title in the hopes of winning the first copy fresh off the print….stay tuned.  I will keep the title a mystery until the book launch, to draw out the suspense.

It is almost too much to imagine….all that writing going legit….with a binding, a cover, and a publisher….wha-Whaaat?

But as promised, the blogging shall continue, as the story seems to never be over….matter of fact, one is showing up right now….

Hoping a great book title would drop out of the sky, I visited an important place during my growing years. Almost a second home to me, our local church summer camp is filled with memories of hot days in the lake and cool nights around a campfire. A missionary lady taught African songs, and counselors made up silly songs about Jello. The goal? To love kids and share the love of Jesus. 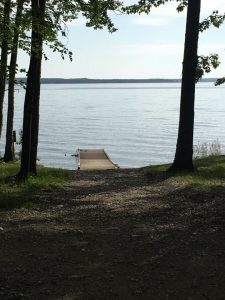 Simple. Fun. Wholesome. And Safe, even for those kids who did not attend church or ascribe to a particular faith. All were welcome. All were loved.

This has not changed, which makes it easy to invite other ladies to the Women’s Retreat offered each year. Since I went without a companion this time, I did not make an advance request for where to be lodged. Most of the gals had already chosen a spot to lay their heads, so I made my way toward the first cabin I set my eyes on.

The rustic accommodations do not bother me. The door, and floor, creak. Without lights on, it appears dark and still, a perfect setting for spiders to spin and cast dream-filled webs for young and old alike. There is space in this first cabin to set down my light, weekend duffle and nestle a sleeping bag on an empty bunk bed….but a quiet thought runs through my mind that suggests….move on.

So, I close that door and open another. This one beacons….come on in! Pulling down a skinny mattress from the top bunk, I decide a double mattress on the bottom is best for my sore back that running a half marathon did not cure. It smells a bit fresher than when I was a young camper, there being newer vents installed into the cabins.  The mustiness here, is a comfort.

This first night is filled with song and story, and wonderful connections with people who I have not seen in quite some time. The anticipation of writing while in this venue is building, as I know this place is a feed trough for my soul, and for my energy. I cannot wait to get my fingers clacking on my laptop, but first….the campfire is calling. 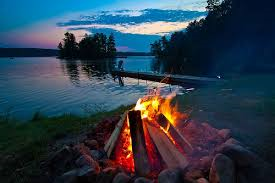 Waking up smelling like smoke, is part of a life well lived, I think. Probably necessary at least once a year….to maintain your country-girl status….which I aim to keep. A few morning songs and reflections, and then it is writing time. I head into town, where a cute café awaits, and get to work on my edits and a feast of poutine….also necessary at least once a year….or twice.

Before I know it, 5 hours have gone by, the supper bell is probably ringing at camp, and I have to get back to the scene to take in more retreating….more connecting. I am better for the solace this café has afforded, but it is time to return to the people who also restore my sanity and renew my spirit.

Amidst the evening agenda, where we are challenged to think of times where Hope has shown up in our lives….I am suddenly struck.

That first cabin! The one that gently nudged me away. It was the last place my ex assaulted me. The memory of it is strong, now that I recall the moment, but for heaven’s sake….it is somehow, miraculously, not my strongest memory of this place….this haven. 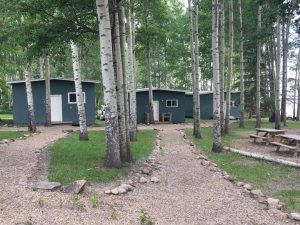 The kids and I went to camp every summer I could arrange transportation. Sometimes, the ex would be fed-up with our existence and drive the 5 of us out to stay, for potentially weeks on end. Sometimes I did not know how I would return home, but it was well worth the effort to get there, in order to temporarily escape our domestic hell.

I would do whatever it took to be useful for the camp director that allowed us to stay for free. Cooking, cleaning and leading activities that my kids enjoyed as much as the youth who were attending. I set the toddler on the counter with the leftover spaghetti pot, where she would play with cold noodles for as long as it took to get the next meal ready for hungry campers. Those were good days, for the kids, and for me.

Sand in their hair from the volleyball pit, dirt in their fingernails from throwing rocks into the lake, hives on their legs from mosquitos bites….it was a rite of passage they may have never received, had it not been necessary for my stability. But like all things that were good in those days….he had to destroy it.

I was already 3 days deep in trouble, for not calling immediately after arriving to the camp; Not to say we had arrived safely, but to assure him, we would rather be at home, and were definitely not enjoying this “fake, ungodly” place.

He shows up at camp to stay the night, stating he is driving through for ‘business’….and has that look. I did not wonder what it meant. He was gunning for a fight.

I was not going to let that happen in my one happy place, so I quickly shifted into my pleaser mode.  The kids were occupied by the other leaders at the camp, and toddler was having a nap. I brought ex to the cabin the kids and I occupied and faithfully performed my wifely duty.

It did not work. He was not appeased.

In the previous year, our fighting reached new heights. My new job afforded me almost the same earning potential as him. Within a year, my status of lowly house-wench had been elevated to lowly house wench with a kick-ass career….10 years of praying later….but I was reticent to leave him.

Planning for months, I knew the number of days before my next guaranteed incremental raise. What a blessing….to know how much I would earn, not to mention the medical benefits….it was a dream come true. Did I monopolize on that gift?

Still trying to figure out a way to stay, and not kill either of us.  Meanwhile….back at camp….

Since my wifely duties failed, we continued to fight. Being in public had never thwarted his righteous indignation when he felt I had wronged him. I sought an end by gathering the children for bed and cuddling up for bedtime stories. One son was staying in another cabin with his mates, one girl went fast asleep upon hitting the pillow, leaving older brother and sister content to read on their own in full light while ex and I continued to quarrel.

These cabins are halved by two adjacent rooms, separated by a thin wall and unlocked door that often remains open when used by same gendered groups. There may as well have been no barrier for the scene about to unfold on our side of the cabin.

As the camp was quieting down for the night, giggles and squiggles became droopy eyes, a sharp cry of fear lurched many campers awake and shocked my 2 babes into a harsh reality. Their daddy had suddenly lunged at mommy, grabbed her by the breast, and punched her head several times, before the oldest could scramble down from his bunk, place his body between this conflict, and begged his father to stop. Sister covered her head with a pillow and cried sobbing tears.

Nothing could deny this had just happened. Years of pretending this only happened behind closed doors and the kids were oblivious, came to a complete STOP.

He let go of me, I comforted the kids back to their beds, turned the lights off and once more attempted to appease this maniac with my body.

He left early the next morning, leaving me to face the concerned looks from counselors and staff who bore audible witness to my reality….an abused woman.

As traumatic and confusing as that event was for the kids and myself, it was my catalyst to finally disclose our situation, and began the dynamic events that led to our ultimate freedom.

For years I refused to go to places that held any recollectin of my ex….good, bad, or indifferent. I wanted a clean slate, but more importantly, I needed….to feel safe. I did return to camp in subsequent years, but was always aware of the bittersweet that would exist there forever….until this year.

Is this Restoration at work? Am I tasting freedom? Have my scars soothed and faded enough to let the good override the worst?

I know you know the answer that is coming….

Previous The Mother’s Day Twist Next Burned and Beautiful

2 replies to “The Story Goes ON”