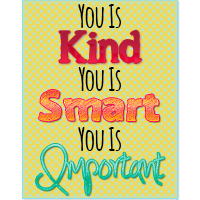 Hello ALL YOU Smarty Pants!

Yes, I mean YOU!  If I am Smart….YOU is Smart.  Apparently I am not the only one who has struggled with this concept of not fitting the mold of traditional intelligence, and rightly so.  This narrowly exclusive academic model has been centuries in the making, cementing itself into the western cultural mindset of our schools, businesses, and homes.  But that is not what I think needs tackling this week….Week 42….where the focus will be to unpack the meaning of being Smart with YOU.

Finding a suitable icon for this week was a bit hard, at least a tangible, photographable, visual one.  Instead, what I hear rattling around in my head, is a phrase Mum said whenever my mouth got too Smart….”Don’t get snarky, young lady”, also not what this week is focussed on….being snarky.  Although living with teenagers can seem like a bubbling, hot cauldron of snarky! 🙂

So if I am not going to take on society’s slanted academic undercurrent, OR the general ‘snarkiness’ of teenagers, what am I going to do?

Picking up right where I left it last week….ME, Smart?….where a pattern emerged of Smart action versus purposeful stillness, I realize that in order to continue to learn from any experiences, I must remember pivotal moments and ignore the empty ones. 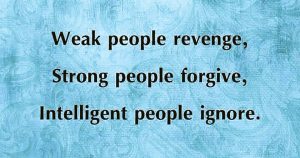 Now, I cannot confirm what Einstein meant when he was quoted as saying this, but it likely was not meant as a parenting tip….or maybe it was….as a quick google of his personal life reveals he had a daughter who was barely mentioned, which could be an example of ignoring emotional discomfort. I am not certain ignoring uncomfortable situations is a great direction to head, recalling times I tried to escape from emotional discomfort ending in prolonged unpleasantness.

What I take from his quote is: Actively letting the negative/empty/non-life-giving moments, go.  And maybe more specifically, knowing when, why and what to ignore in your closest awareness. That….would be a considerably Smart achievement.

As I put this idea on a low simmer inside my brain, I realized there was another layer to this kind of awareness.

If last week was concentrated on active observation, this week seems to suggest active listening might be the key to being Smart with the closest people around me.

First, I went historical to see what my past had to offer in way of this theory of listening. 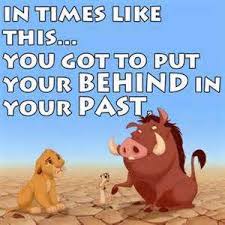 Mum did not say many poignant things to me, but I remember her saying a couple of things about potential partners.  I tormented her when she reacted to me suggesting I would choose a black man to marry, which at that point, I had no clue she felt anything but acceptance….her circle of university colleagues being very diverse and regularly a part of our family social activity.  I can still recall most of their names, I remember the gifts that were given to her from their cultural regions of origin, and can smell the interesting, new aromas we would experience when sharing meals in their homes.

Contrary to how she appeared, I think she might have been a bit racist.  The thought of having bi-racial grandbabies, made her distraught. Siting religious and cultural differences being too challenging, and how confused the children would be about their identity….well, it was enough to send her into a right tizzy!  As amusing as it was, seeing my mother in a tizzy, I was not actually serious about a plan to marry someone of a different culture….yet that is exactly what happened.

My children are beautiful beings, quite certain of how they identify.  Any of their challenges have arisen mostly from their personalities….and a slight tinge from the cruelty they witnessed and endured through formative years.  I know Mum would have loved them, even if she would not have approved of my choice in partner….so I do not regret dismissing that caution.

Despite her short-sight on culture, Mum also offered uncomplicated, un-subject-matter-expert droplets of relationship gold.  Many people have asked me for it, so here it is….in no particular order:

Now THAT is what I regret….not listening to her sage advice on how to plan for happiness.  I know there are no guarantees, but perhaps I could have been spared a bit of heartache.  Fast forward a few years, and I land in a very different reality.

When beautiful hubby and I were dating and contemplating if blending our families was worth the price to be together, he met ALL Mum’s criteria.  Although I do not find him particularly nerdy, part of his nature is to be purposefully studious.  In comparison to my artistic, creative nature, he leans toward the other side of that spectrum….which I happen to like very much in him. 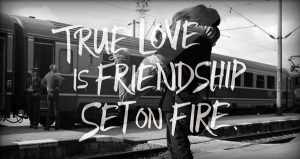 As a best friend, he is able to challenge my perspective when it is blinded, and still manage to respect my power of choice and thought.  When he initially opposed my position of blaming ‘evil’ ex for all the wounds my heart had to endure, I was hot!  How could he say or think such a thing, especially when he was one of few who knew in detail, the sickening years I had survived?  It was looking like a deal breaker!

Whether it was the trust I had established with him already, or his sensitive, informed logic….despite my initial upset reaction….I listened.  It turned over and through me, not letting me dismiss or ignore the truth resounding from something scary….

I chose to be in pain.

I can remember the exact moment I decided for certain I would need to escape that relationship….and 9 and a half years later, I was running out the door for the last time.  Oh yes! I gave it a solid go!  Hung in there for better days to come….to preserve the family unit….to stay true to the vow made under the name of God.  It was easy to categorize blame onto an obvious offender and adopt an victim identity.

If you had asked me whether or not I felt like a victim, I would have said, NO.  I worked very hard to live as though nothing unpleasant had ever touched my life, but it was deeply entrenched into my emotional language.  When getting too close to vulnerable situations, my default was being powerless….helpless….therefore, blameless to all the wrongs that were done to me and my children.

So, I listened….a ‘working hard to not let emotions take over’ kind of listening.

To turn a corner.

To be who I wanted to be, on the inside and out. 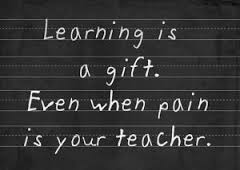 Once I saw clearly, how my own action, or inaction, was part of that unhealthy environment, I could not have it both ways.  It would have been easy to continue blaming an ass for ruining 14 youthful years, but I would never have gotten over it.  I would not grow, would not heal.  I would always be a victim.

The reasons I stayed in that pain are undeniable, whether noble or not.  But I had the power to choose, then….and now.  Giving anyone else that power, steals my identity.

A girl who chooses not to be herself.

No, thank you.  If there is a choice, which I know there is, then I must work to be free of this powerless mentality, every day.  I must listen to the precious loved ones around me who know me best, who love and accept my edges, who point out when my identity is fading, and who respect the fire and frailty of my beating heart..

Smart AJ listens to YOU. 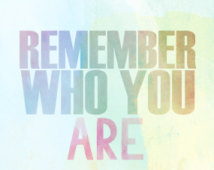